My name is Wayne Czybora. I started Bonafide Home Inspections back in 1994 with the goal of providing a superior home inspection so homebuyers can feel good about moving into their new home. Prior to that, I was an exterminator for 7 years and have retained my pest license ever since. This experience comes in handy when looking for signs of insect damage, as insects can cause significant damage to a house. It is highly unlikely that you will find another home inspector with that much experience in pest control (if any at all) along with that much experience in home inspections. Now, I'm not just talking about having a pest license. I'm talking about having the actual experience as an exterminator. Anyone can get a pest license.

If you want to find some of the best home inspectors in MA, you really need to do some research. There's nothing worse than moving into a house and then realizing that you need to sink $5,000 into it right away, all because of an incompetent home inspector.

The easiest way is to do an internet search for - home inspectors near me - or - home inspector near me -. Once you find one, then go to the State's Board of Home Inspectors' website and make sure the inspector's license is still valid. Then check the inspector's reviews at sites like Google, Angi, Yelp, etc. And don't just go for the cheapest home inspector. In this business, oftentimes you generally get what you pay for. Whatever you're spending for that house, it's a lot of money and searching for a home inspector with a “bargain hunter's” mentality is definitely not the right approach. Hope to hear from you soon.

Services That We Offer:

Inspecting for structural integrity and safety. Inspecting underneath, as well (if possible).

Inspect and operate all boilers, furnaces and air handlers. Making sure each room has a heat source. Inspection of oil tanks is not mandated by the State but they are certainly included in my home inspection.

This is an important part of a home inspection, as water is a home’s “worst enemy”. I am also inspecting the gutters and downspouts to ensure they are taking the water far enough away from the structure.

This test is highly recommended for any house with well water. I can test for up to 26 items in
the water (ie: bacteria, lead, iron, etc.).

If there is a finished basement or if you plan on finishing it, then this test is highly recommended. There are also other situations that would constitute performing a radon test.

Inspect and operate all plumbing fixtures. Looking for leaks in supply and drainage pipes everywhere . Ensuring there are no clogged pipes (backups). Water heaters are inspected, as well.

I am actually looking for any kind of insect damage (ie: termite, carpenter ant, etc.) My 7 years (previous) experience as an exterminator along with my 18 years experience as a home inspector simply cannot be matched. If you or someone you know has more experience than me in each of these two fields (and can prove it) then I will gladly remove this claim.

Ensuring structural integrity of the roof. Making sure the attic is properly vented. Checking for signs of water penetration. Inspecting chimney (if present) and making sure there is an adequate amount of insulation.

The State regulations only require that we operate one door and window per room. I go well beyond that.

State regulations do not require us to inspect appliances. I inspect and operate dishwashers, ranges, microwaves and trash compactors.

Inspect and operate all toilets, sinks, tubs and showers, checking for leaks and proper functionality. Also inspect any exhaust fans.

Extremely important part of a home inspection from a cost standpoint, as well as safety. Inspecting all electrical panels. Ensuring proper grounding of electrical system. Inspecting all visible wiring throughout the building for loose and/or exposed wires. The State regulations only require us to check one outlet per room. I go way beyond that.

First settled in 1722, Manchester began as a farming community known as Derryfield until being renamed Manchester in 1810. Its new name was based on Samuel Blodgett’s efforts to facilitate a trade route from Boston to Concord by opening a canal and lock system to allow vessels passage around the Amoskeag Falls. Blodgett’s vision was to create a great industrial center similar to Manchester England, the first industrialized city in the world. The most significant step in the industrial development of Manchester New Hampshire occurred in 1838 with the opening of the Amoskeag Manufacturing Company, which later became the world’s largest textile manufacturing complex and spawned a huge textile industry in the city. A century of unparalleled productivity ensued, with Manchester serving as a prime focal point of America’s industrial and technological revolution. But twentieth-century depression-era woes took their toll on the industry and when the Amoskeag Manufacturing Company finally closed down in 1936, Manchester’s economy was badly affected. For several years the city suffered a loss of jobs and population, but eventually rebounded and by the late twentieth century became one of the nation’s fastest-growing cities. Existing mills were renovated and used for a wide variety of large and small businesses. Recognition for the city’s new era of prosperity was achieved in 1998 when Money magazine named Manchester the “Number One Small City in the East”.

Manchester is home to a majority of New Hampshire’s major cultural institutions and landmarks. The Currier Museum of Art is an internationally renowned art museum and one of the nation’s finest small galleries. The Palace Theatre is home to the New Hampshire Symphony Orchestra and the Opera League of New Hampshire. The Millyard Museum chronicles the long history in the city beginning with the Native Americans who first settled it. The Zimmerman House, open to the public, is the only residence in New England designed by legendary American architect Frank Lloyd Wright. The New Hampshire Institute of Art features six galleries of changing exhibits. A prime site for outdoor recreation is the McIntyre Ski Area, which offers 53 acres of skiing, snow tubing, and lights for night skiing. Other places of interest in the city include the Majestic Theatre, the SEE Science Center, the Massabesic Audubon Center, the Amoskeag Fishways Learning and Visitors Center; and the centerpiece of downtown Manchester, the Verizon Wireless Arena, a multi-purpose civic center which hosts a variety of events, including sports, concerts, and fairs.

Manchester is home to a number of professional sports teams. The New Hampshire Fisher Cats are a minor league baseball team playing in the Class Double-A Eastern League. The Fisher Cats are the Double-A affiliate of the Toronto Blue Jays. Hockey fans can root for the Manchester Monarchs, an American Hockey League (AHL) team affiliated with the Los Angeles Kings. The Monarchs play their home games at the Verizon Wireless Arena. Another Verizon resident is the Manchester Wolves Arena Football team. The Wolves play in the af2 league, which is the minor league of the Arena Football League (AFL). Manchester is also home to the New Hampshire Phantoms, a professional soccer team belonging to the United Soccer League’s (USL) Second Division. 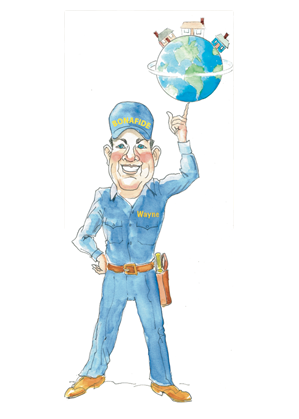 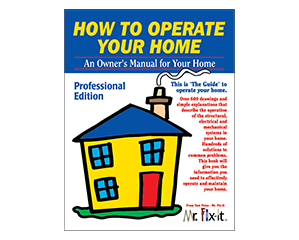 Every one of my clients receive this handy 143 page guide($18.95 value) that shows them how to effectively operate and maintain their home!